How Net Neutrality Impacts Your Business 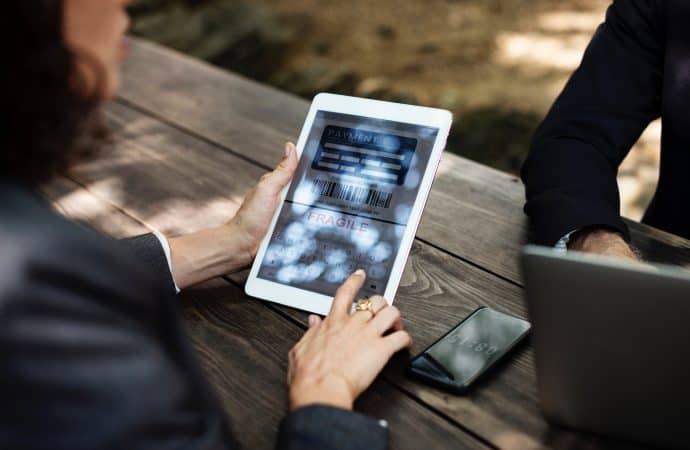 And Why Losing It Matters Once again, Chairman Pai of the FCC has moved to abolish net neutrality rules. This has sparked a strong reaction online, leaving some bystanders to wonder: what exactly is net neutrality? Why should it matter to me and my business? And if we lose net neutrality, what should I expect?

And Why Losing It Matters

Once again, Chairman Pai of the FCC has moved to abolish net neutrality rules. This has sparked a strong reaction online, leaving some bystanders to wonder: what exactly is net neutrality? Why should it matter to me and my business? And if we lose net neutrality, what should I expect?

What is Net Neutrality?

Net Neutrality means that ISPs are legally required to provide us with open networks. Using an open network means that your ISP can’t discriminate against any content that shows on those networks—even if, say, you’re looking up their competitor’s webpage. The internet is a neutral environment. Your ISP can’t interfere with the content you want to view any more than your phone company can block you from calling your mother. You have equal access to everything online.

What does Net Neutrality offer businesses?

To some degree, Net Neutrality offers protections that make the internet an “even playing field,” giving every business an equal digital reach. Comcast, Verizon, and AT&T can’t require website owners to pay for “faster” online connection speeds to their webpages, or “throttle” some sites with slower connectivity than others. In other words, all webpages are treated the same. This creates healthy competition for small businesses and startups that are working to establish themselves among bigger brands, but don’t have the budget of those brands.

What might ISPs do if Net Neutrality is repealed?

Without net neutrality, ISPs like Comcast, AT&T, and Verizon will legally be able to give preferential treatment to services they profit from, and to block or slow access to those they don’t. This could result in a tiered internet, where access to data online could be split into “fast” and “slow” lanes.

If an ISP wanted to, they could create monthly fees that require websites to pay for quality online connectivity and data prioritization. Large businesses would determine that cost to a degree, because ISPs would charge what those companies are able to pay for it. These increased costs would then trickle down to their consumers, making their online services and products more expensive.

Meanwhile smaller businesses, such as a local restaurant, would be unlikely to pay costly fees for “faster” connection for their websites, leaving them with sluggish internet speeds. When it takes too long for a website to load, most viewers click away. This could have an especially large negative impact on businesses that rely on online revenue and can’t match the budget of big brands.

We could even see a situation like the one in Portugal, where ISPs charge for data packages based on the kind of data and apps users would like to use. This would make using the internet similar to ordering TV channels, limiting you to whatever apps and content are included in your data package—and again, prioritizing larger brands over smaller competitors.

This is all hypothetical, but repealing net neutrality would make the above situation legal and remove protections that keep the internet a free and open market for its users.

How do most large tech firms feel about Net Neutrality?

Many tech firms have spoken out loudly in defense of Net Neutrality, among their numbers such giants as Facebook, Google and Netflix. Several CEOS—including those of Reddit, Airbnb, Etsy, Foursquare, GitHub, Pinterest, Shutterstock, Sonos, Square, and Tumblr—have signed a letter to Chairman Pai of the FCC urging him to defend net neutrality, as doing otherwise “would put small and medium-sized businesses at a disadvantage and prevent innovative new ones from getting off the ground.”

How have ISPs responded to the FCC’s proposal to end Net Neutrality?

Many ISPs have said they have no intention of using their power to block, throttle, or prioritize website access should Net Neutrality end, though it should be added that they are in full support of the FCC losing the ability to enforce those protections. Comcast notably deleted their Net Neutrality pledge the day that the FCC announced their repeal, raising many eyebrows as to whether or not those promises of net neutrality from ISPs will hold up.

Several ISPs have said they wish for Net Neutrality to be regulated by legislation instead of by the FCC, but currently, no such regulation will be in effect if the FCC votes to repeal. This would put the power to uphold Net Neutrality solely in the hands of ISPs, and self-regulating ISPs have a history of acting in their own interest.

I’m a business owner who would be affected by losing Net Neutrality. What should I do?

While everything said here is worrisome for many businesses, it’s important to realize that if the FCC votes against Net Neutrality on December 14th, the ultimate battle will be far from over. That battle will simply move from the FCC to the US Courts of Appeals. The outcome could take well over a year, and should the Supreme Court challenge it, we could expect an even longer road to a final decision.

In the meantime, the best thing you can do is stay informed and aware of any changes that take place. If you wish to act in the interests of protecting Net Neutrality, you can contact your senators and representatives to let them know your concerns, or email the members of the FCC directly.

The FCC will vote on the order regarding the fate of Net Neutrality on December 14th, 2017.

Regardless of the internet’s future, Dream Factory will be here to help clients maneuver through the marketing hoops of the future. With or without Net Neutrality, great marketing will still happen!