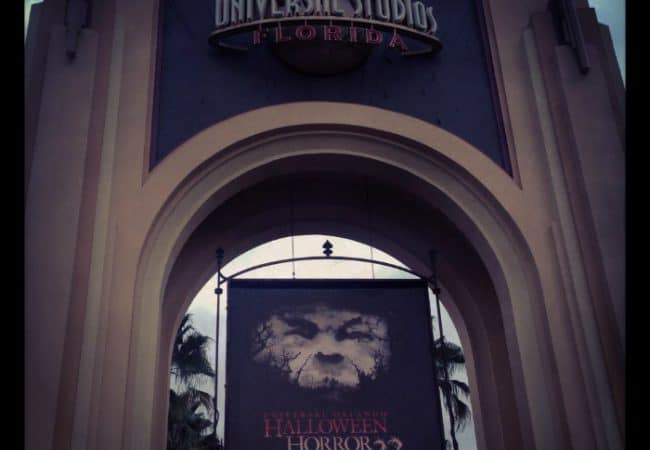 Author: KEVIN STANLEY, Copywriter From now until early November, our home here at Dream Factory becomes quite a bit more terrifying, with Halloween Horror Nights (HHN) 23 underway at Universal Studios Florida®. The nightmares started to come to life this past week as the employee preview night took place and members from the Dream Team were

From now until early November, our home here at Dream Factory becomes quite a bit more terrifying, with Halloween Horror Nights (HHN) 23 underway at Universal Studios Florida®. The nightmares started to come to life this past week as the employee preview night took place and members from the Dream Team were among the first to take in the terrifying sights and screams of the attraction that was recently named “Best Halloween Event” by Amusement Today.

HHN 23 has plenty of new attractions for visitors to take part in this year, as well as some returning favorites.  A good portion of the haunted houses this year are tied to television and movie hits, and here are some of our thoughts on the excitement.

Cabin in the Woods

Nearly the whole team at Dream Factory agreed that this was the favorite house of the night. Inside, visitors experience an adventure similar to the film that took the horror movie genre and turned it upside down back in 2012. The experience is a one-of-a-kind trip into the cabin and the facility below, with a variety of terrifying creatures around every corner.

An American Werewolf in London

Much like Cabin in the Woods, this house takes its namesake from a popular movie. And just like the film version, the house was thrilling and exciting. Low ceilings and dark, limited space throughout made for a claustrophobic atmosphere, knowing you could be seconds away from something jumping right at you. The house also left little room to see where we were going, which was another scary part, as twists and turns were all over this attraction.

The Evil Dead experience has much of the same terror as both the horror movie classic that was recently remade for theaters, as well as the original. The house was set up just like a movie would play out, with an opening credit-type scene that built anticipation for the many thrills ahead. With the key character appearing throughout the house, many triggered surprises were around every corner of this frightfully famous cabin.

As one of the biggest shows on TV, the Walking Dead attraction at HHN is a popular one. Most of our team enjoyed this one as well, as the sets were incredibly detailed and took you into the fire of the hit show. Strobe lights made the walkthrough scarier than ever, as the extremely realistic zombies came from all over. Needless to say, there were quite a few jumps and screams provoked from the Dream Team at this house.

This 3D experience was another favorite of the night for our team. The bright colors and lasers throughout made for a trip that was both fun and frightening at the same time. Almost serving as a fun house type atmosphere, this made for a trippy and unique adventure compared to the other haunted houses, with LED lights and surprises around every turn.

Tons of laughter is a surprisingly large part of HHN 23, even with the terrifying houses and scares around every corner. Bill & Ted’s Excellent Halloween Adventure is an annual favorite at Halloween Horror Nights, and is back for another year of pop culture commentary and general laughter with the two stars of the classic 80’s movie. We loved how this year’s version of the entertainment comedy included a number of entertainment references, with hilarious takes on everything from Miley Cyrus to Duck Dynasty and many more topics in mainstream media.

Along with these, there were plenty more scary activities and adventures in other haunted houses and shows. Come visit Universal Studios Florida® for yourself and experience all of the evil taking root at Halloween Horror Nights 23, right in Dream Factory’s backyard!